As part of the environmental film series, the new documentary Reinventing Power: America’s Renewable Energy Boom will be shown THIS Thursday (11/6) at 6pm in the West Chester University Sykes theater. The documentary “tells the backstory of clean energy from innovation to installation”.

The film will focus on clean energy, but will also cover other themes such as job security, innovation, community benefits, workforce diversity, and much more. If you plan on attending the event, or if you would like to learn more about clean energy, let’s brush up on some fast facts about renewable energy!

Many people are worried about the cost of switching to clean energy – but actually, in many areas, renewable energy is cheaper than coal and fracked gas (Lazard). Also, the costs of wind and solar power are dropping rapidly.

People also worry that converting to clean energy will take away jobs from workers in the coal and gas industries. However, there is a predicted 108% growth in wind turbine technician jobs from 2014 to 2024, the largest growth rate of any occupation in the country and double the rate of the second fastest-growing job (Bureau of Labor Statistics). Not only does clean energy create jobs, clean energy jobs can be created anywhere!

Our current sources of energy aren’t always reliable. Coal, fracked gas, and nuclear power fluctuate rapidly in price. Many power plants are decades old, and are starting to become a liability in the industry. Something else to worry about? Coal, fracked gas, and nuclear may fail during heat waves because they require so much water to manufacture. And with climate change on the rise, we will be seeing more extreme weather, and perhaps hotter summer. But when we make the switch, we will be working with much more reliable power.

If you’d like to learn even more about clean energy, and how we’re going to get to 100% clean, please join us for the film tomorrow! Again, it is Thursday 11/6 at West Chester University in the Sykes Theater, at 6pm. And here is a quick trailer of the documentary:

This move to remove plastic bags from their stores comes a year before a Connecticut law will ban the bags state-wide.

The supermarket chain will start by providing free paper bags, then in September charging a 10-cent fee. Also, the store will run a program where customers can exchange one or more single-use plastic bags for a reusable bag.

And of course, Stop & Shop will offer a selection of reusable bags for purchase.

Rudy DiPietro, the senior vice president of operations at Stop & Sthop, commented – “We know that the environmental impact of plastics is something our customers and communities care about here in Connecticut, so we’re eliminating single-use plastic bags well ahead of the state-mandated timeline”.

In May of this year, the UN released another alarming report on species extinction – but almost no one in the media is talking about it. Only 19 of the top 50 US newspapers covered the report.

Then, Public Citizen did a study on the top 50 major US newspapers, to find how this report was being covered in the media. Shockingly, 31 of those outlets had no coverage on the report at all! Here is a total summary of their findings:

You can read more about Public Citizen’s study on this here and here.

The IPBES report contains vital information that needs to be shared with the public. It “also presents a wide range of illustrative actions for sustainability and pathways for achieving them across and between sectors such as agriculture, forestry, marine systems, freshwater systems, urban areas, energy, finance and many others”. To read the U.N.’s partial release of the report, please see here.

Green America, an environmental organization, conducted a report exploring environmental initiatives in leading clothing stores. The report looked at 14 major apparel companies to see if they were addressing issues like chemical use and waste from clothing production.

Based on their investigations, they had four major findings:

The environment has been greatly impacted by “fast fashion”. Not too long ago, buying new clothes monthly was rare. Now, apparel stores have new clothes out every week – and American consumers purchase the clothes just as fast. Between 2000 and 2015, clothing production almost doubled! And consumers don’t hold on to their new purchases nearly as long as they used to. The Council for Textile Recycling estimates that Americans throw away 70 pounds of clothes and other textiles every year. That is a massive amount of waste that is being produced – and 66% of it goes directly to landfills.

Green Team’s advice to you is to purchase new clothes only when absolutely necessary – and to use the clothes you already have as long as possible.

For more information and to read the full report, please visit the article at greenamerica.org

In late June, PA Governor Wolf signed a state budget to which the General Assembly added an amendment that blocks municipalities from passing plastic bans. But West Chester became the first municipality to stand up against this legislation by passing a ban anyway — because the plastic crisis can’t wait any longer.

WEST CHESTER, PA — Before a packed crowd at borough hall Wednesday night, West Chester made history, voting to become the latest Pennsylvania municipality to pass a ban on single-use plastic bags and straws. It comes as local governments spar with the conservative state legislature that has sought to make such ordinances illegal.

West Chester’s borough council voted 4-3 to approve the ordinance. The vote comes less than a year after nearby Narberth became the first municipality in all of Pennsylvania to pass a similar measure. And it passed despite concerns expressed by council members early in the meeting that the measure defied state law.

“It is incumbent upon council to resist and if you’re going to resist, resist completely,” State Sen. Andy Dinniman (D-Chester) told the gathering. “This is a clear overreach of local control.” …

On Saturday, June 29th, about 100 West Chester residents toured organic gardens in the WC borough. Gardens that were toured showcased vegetables, flowers, rain gardens, tower gardens, and much more. The goal of the tour was to educate residents about the many different types of gardens you can have, even in a small space.

A popular attraction of the tour was Councilwoman Denise Polk’s backyard. Although Polk only has less than one-tenth of an acre, the space boasts more than 50 different plantings, in addition to a honey bee house. Polk suggests eating veggies fresh off the vine, and keeping chemical use to a minimum or not at all. (Photo by Bill Rettew: “Checking out Councilwoman Denise Polk’s backyard organic garden”)

In total there were 10 stops along the tour, with a site in each ward of the borough. Tour goers flocked to gardens in backyards, in addition to stops at West Chester University and the Melton Center.

Margaret Hudgings is an active West Chester Green Team leader, and she helped to organize the event. She was excited to see that a main goal of the tour had been accomplished; “The tour shows people that you can have a fantastic garden even if you have a small yard.”

West Chester Green Team hopes to run this tour again next year, with some improvements and new gardens featured.

Success! – Home improvement retailers follow through on commitments to remove phthalates from flooring. The environmental organization Safer Chemicals, Healthy Families (SCHF) celebrates this recent win in the reduction of phthalate use in home remodeling products. In 2015, SCHF secured commitments from home remodeling stores Home Depot, Lowe’s, Lumber Liquidators, and Menards to eliminate added phthalates from flooring. But first – what are phthalates and why are we concerned about them?

Phthalates are a class of chemical compounds commonly used in home flooring, along with plastic containers, cosmetics, and other personal care products. Phthalates are so widely used that they have made their way into our bodies. Once phthalates are inside the body, they break down into metabolites and pass through. The CDC and FDA have not said outright that these chemicals are harmful to us, although many are concerned that prolonged exposure may cause adverse health effects.

Nowadays, you can’t escape manufactured chemicals – they surround us everywhere we go, they’re in our homes, our food and water, and ultimately in our own bodies. So let’s applaud these stores that are reducing their contribution of chemicals to the environment! Please see SCHF’s full article and visit their site to learn more about minimizing your exposure to chemicals.

The US Recycling System Is Garbage (Sierra Magazine, 6/26/19, by Edward Humes) details the many issues in the US’s current recycling system. Most of what you put in the bin doesn’t actually get recycled, and recycling is now coming as a cost to our economy – and it’s all because China stopped accepting our dirty plastics.

Since about 1992, the US has been selling our plastic waste to Asia, namely China, because it is easier and less costly than processing it here. Then, the plastic would be processed under lax environmental conditions, along with much of it being dumped into rivers.

Prior to this offshoring, the US actually had a fairly healthy recycling system. In the ’70s and ’80s, US consumers would clean their recyclables and separate the materials. After we started shipping away this waste, the system deteriorated, as we no longer had to deal with the problem. Nowadays, consumers will throw anything into the recycling bin – from dirty food containers to old furniture.

In 2018, China finally banned imports of dirty foreign garbage. As part of an effort to reduce pollution, they decided to no longer accept poor-quality recyclables from other countries. As a result, this trash instead starting piling up at US ports. And since we had no machinery or infrastructure to deal with it – it lead to what was called a ‘national recycling crisis’.

However, perhaps looking at it as a crisis is all wrong. Steve Alexander, president of the Association of Plastic Recyclers, urges that ” . . . (this) has given us the opportunity to begin investing in the infrastructure we need in order to do it better.”

David Allaway of the Department of Environmental Quality says that instead of blaming China, “we need to recycle better and recycle smarter, which means recycling only when the positive environmental impacts outweigh the negative.” And at the moment, we aren’t achieving that. For instance, Stamford, Connecticut, went from earning $95,000 from its recyclables in 2017 to paying $700,000 in 2018 to get rid of them. Prince George’s County, Maryland, went from earning $750,000 to losing $2.7 million.

So what can you do as a consumer? Martin Bourque from Berkeley’s Ecology Center reminds us that “recycling is supposed to be the last resort after reduction and reuse.” This means you should try to cut back your use of single-use materials as much as possible. And when you do buy something, reuse it as many times as you can. The less that is making it into the bin, the better.

The recycling system in the US may be in disrepair, but that does not mean you should stop trying. Every day you can reduce the amount of waste that ends up in landfills and in our oceans. For more information, please see the full article The US Recycling System Is Garbage from Sierra Club Magazine. If you would like to be involved in local waste reduction efforts, please follow our Facebook page to see upcoming events. 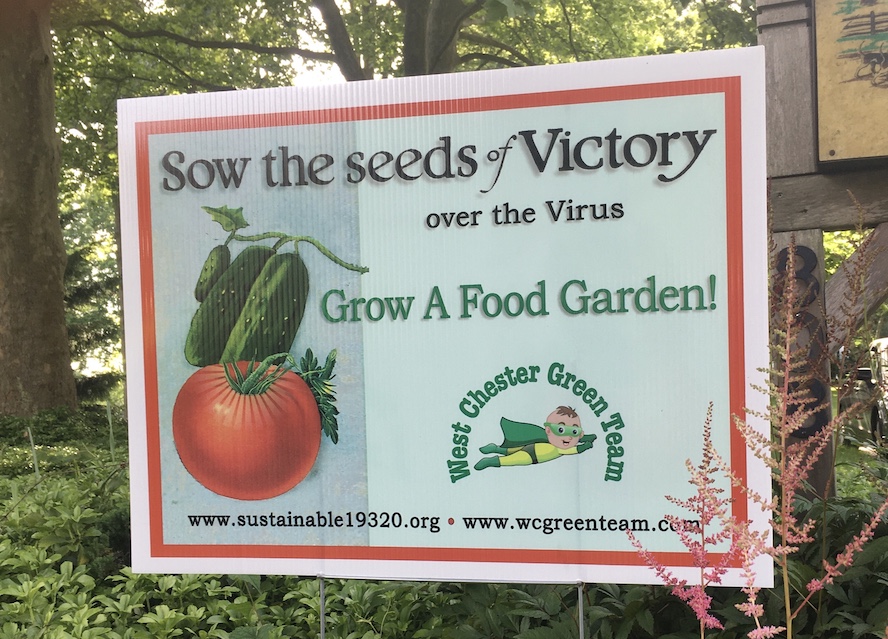